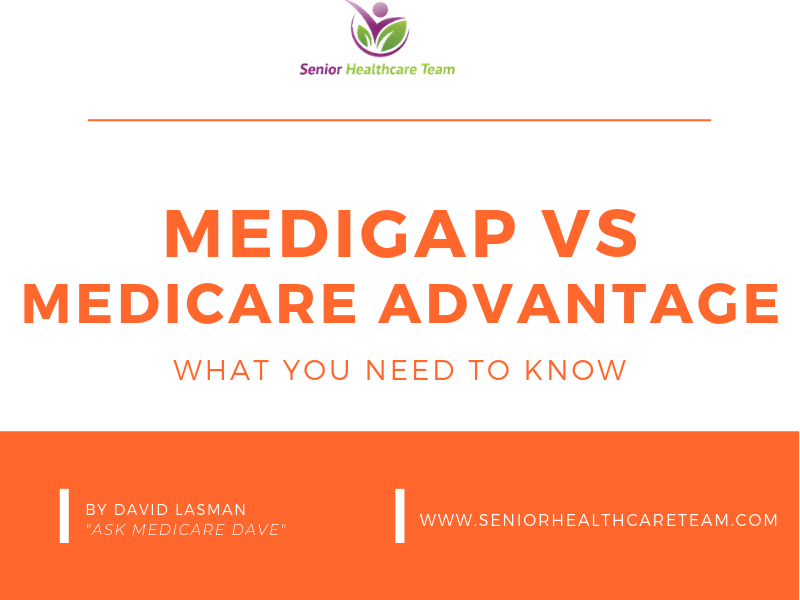 Like any massive insurance enterprise, Medicare is confusing. Medicare.gov offers hundreds of pages of explanation, but luckily the basics of the program aren’t difficult to grasp. As the cliché goes, however, the devil is in the details.

Medicare has four basic parts: A, B, C, and D. Taken together, Parts A (hospital care), B (doctors, medical procedures, equipment), and D (prescription drugs) provide basic coverage for Americans 65 and older. What’s relevant for this article is what these parts don’t cover, such as deductibles, co-pays, and other medical expenses that could wipe out your savings should you become seriously ill. That’s where Part C comes in. Also known as Medicare Advantage, it’s one of two ways to protect against the potentially high cost of an accident or illness. The other option is Medicare Supplement Insurance, also called Medigap coverage. Here’s a look at the two options.

Medicare Supplement Insurance, also called Medigap coverage, protects people who buy traditional Medicare against many of the additional costs a patient might pay. In return, Medigap charges a premium in addition to what the person already pays for Medicare Parts A (many people get this free), B, and D.

Just to make life truly confusing, the various options offered by Medigap are also sorted by letter. The choices are Plans A, B, C, D, F, G, K, L, M, and N. What these plans include is standardized by Medicare. The cost for them can vary, however, so it’s worth shopping around. Joseph Graves, insurance agent and founder of “I Hate Buying Insurance,” says many people enroll in Plan F, the most expensive choice, because it covers nearly all the gaps. A person with Plan F coverage will have few or no out-of-pocket expenses, however, by the end of 2019, plan F will no longer be available to new Medicare enrollees.

A Medicare Advantage Health Plan (Medicare Part C) may provide more help at a lower cost than traditional Medicare plus Medigap. Instead of paying for Parts A, B, and D, a person would enroll through a private insurance company that, in many cases, covers everything provided by Parts A, B, and D and may offer additional services. The beneficiary would pay the Medicare Advantage premium along with the Part B premium in most cases.

Medicare Advantage Health Plans are similar to private health insurance plans. With most plans, services such as office visits, lab work, surgery, and many others are covered after a small co-pay. Depending on what’s available regionally, plans could offer HMO or PPO network plans and place a yearly limit on total out-of-pocket expenses.

Also, like private plans, each has different benefits and rules. Most provide prescription drug coverage; some may require a referral to see a specialist while others won’t. Some may pay some portion of out-of-network care, while others will only cover doctors and facilities that are in the HMO or PPO network.

Let’s say a patient only has Parts A, B, and D. Here are what the holes or “gaps” in coverage would cost if the patient were admitted to the hospital for, say, heart surgery, and complications required a long hospital stay followed by needing regular medication after it:

At the hospital: Because of the Part A deductible, the patient would pay the first $1,364. After 60 days, they would start paying a portion of each day’s cost.

For doctors and medical procedures (Part B) at the hospital and at home: The patient would pay 20 percent of all costs after meeting the $185 deductible. Unlike many other health insurance policies, there is no cap or maximum out-of-pocket amount on what a person could owe. The American Heart Association says that the minimum cost of bypass heart surgery is $85,891, in which case, the Part B copay would be over $17,000.

Because of how Part D works and depending on income, a patient could pay between 35 percent and 85 percent of the cost of some of their prescription drugs if they need enough medication to push them into the notorious doughnut hole, when Part D’s full prescription-drug coverage runs out after a person has spent $3,750, until their medication costs exceed $5,000 per year. (In 2019, coverage will end at $3,750 and begin again at $5,000.) During the coverage gap, the patient would be responsible for 25 percent of covered, brand-name prescription drugs.

These coverage gaps mean that a particularly bad health year could leave a patient with tens of thousands of dollars in hospital bills. That’s why most people purchase Medicare supplement insurance, also called Medigap, or enroll in Part C, a Medicare Advantage Health Plan. Both options are offered by private insurance companies. They do, however, have to follow Medicare guidelines in what they are allowed to sell.

It is illegal for an insurance company to sell you both a Medicare Advantage and a Medigap policy. Three things to consider before choosing which one to get:

Choice: Medicare Advantage plans generally limit you to the doctors and facilities within the HMO or PPO, and may or may not cover any out-of-network care. Traditional Medicare and Medigap policies cover you if you go to any doctor or facility that accepts Medicare. If you require particular specialists or hospitals, check whether they are covered by the plan you select.

Lifestyle: Medicare Advantage plans often only operate within a certain region. If you’re a snowbird living in more than one state throughout the year, traditional Medicare plus Medigap is probably a better choice than an Advantage plan. This may also be true if you travel frequently: Some Medigap plans provide coverage when traveling outside of the United States and cover you in all 50 states; Advantage plans generally do not.

Figuring out the Medicare plan that’s most appropriate for your needs is probably not a do-it-yourself activity. Once you understand the basics of Medicare, get some help.

Medicare.gov provides tools that will allow you to compare plans, but the decision is complicated. Insurance agent Graves recommends that you “work with a licensed insurance agent who can show you both Medicare Supplement Plans and Advantage Plans from multiple companies. Each type has its positives.” The questions to cover, he says: “You need to understand the costs, doctor networks, coverage levels, and maximum out-of-pocket for each. Enroll in what suits your situation best.” Organizations such as Consumer Reports and the Medicare Rights Center can also help you research your decision.