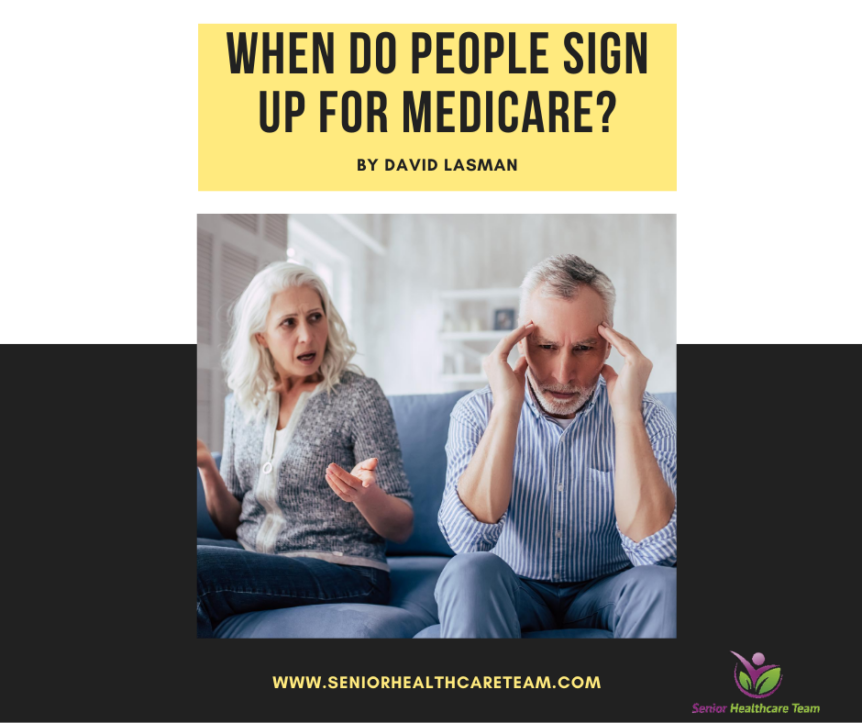 Medicare is the United States’ federal government’s insurance for people aged 65 years and older, as well as those with certain disabilities. Most people sign up for Medicare around their 65th birthday within a specific enrollment window. However, people may sign up earlier under certain circumstances.

If a person does not sign up for Medicare in their enrollment window, they could face financial penalties. Signing up within the required window is the most cost effective approach to securing Medicare benefits.

In this article, we explain when a person can enroll in Medicare and Medicare Advantage, their privately administered bundle plan.

We also define Special Enrollment Periods and when they apply, as well as the penalties for applying outside the enrollment window.

When can a person enroll in Medicare?

Most people have a 7-month time period in which they can enroll in Medicare. This is true for Medicare parts A and B.

For example, if a person’s birthday is April 10:

The earliest they could sign up without a penalty is January 1 of the year of their 65th birthday.

The latest they could sign up without a penalty is July 31 of the year they reach 65 years of age.

Waiting until a person’s birth month or the months after could lead to a delay in Part B coverage until Medicare processes their enrollment.

What about Special Enrollment Periods?

Some people may qualify for additional times when they can apply for Medicare benefits outside of their enrollment periods. Medicare calls these Special Enrollment Periods.

Some examples of these periods include, but are not limited to, the following:

These Special Enrollment Periods still only leave about 2 months to enroll in Traditional Medicare or a new Medicare Advantage policy before an enrollee faces penalty fees or gaps in coverage.

Medicare charges penalty fees for those who do not enroll in their Initial Enrollment Period, or they do not qualify for an exception due to employer insurance or other coverage.

Unless a person qualifies for a special exception, they will pay a monthly premium that is 10% higher for every 12-month period they were eligible for Medicare but did not sign up.

Enrollment criteria before 65 years of age

A person can qualify for a Medicare plan before 65 years of age if they meet certain criteria:

An estimated 6.2 million people qualify for Medicare because they are disabled, according to the Medicaid and CHIP Payment and Access Commission. However, significantly fewer people use these benefits

A doctor may declare a disability for people due to several types of medical conditions, including:

A doctor must submit paperwork to Medicare, declaring that a person has a disability. The individual may have a waiting period before they qualify for full Medicare benefits.

Are there other key dates to know?

If a person signs up during this time, their Medicare benefits will start on July 1 of the same year.

A Medicare Advantage Open Enrollment Period is also available between the same dates, during which a person can make one change to their Medicare coverage.

Such a change might involve switching from one Medicare Advantage plan to a different plan or returning to Traditional Medicare.

However, a person cannot switch from Original Medicare to Medicare Advantage during this time.

Medicare outlines specific periods during which a person can complete their initial sign up or switch the type of plan they have. Being aware of these periods can ensure a person does not incur late penalties and can maintain a lower premium.

Now that you know the right time to enroll in Medicare read about these important aspects next: Medigap vs. Medicare Advantage: key differences